UK City of Culture longlist result is just the start 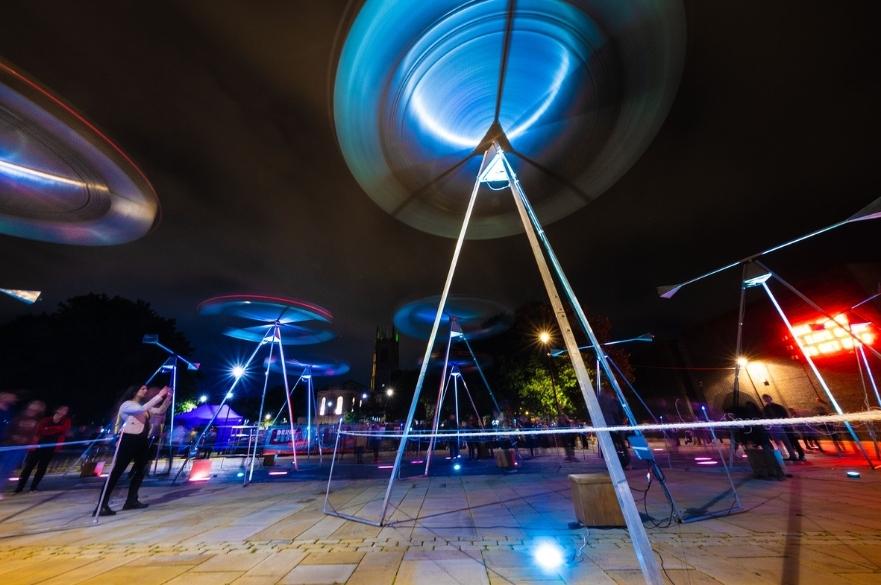 Derby is celebrating after making the longlist to be UK City of Culture 2025. Now the work really begins with cultural partners having until January 2022 to submit their full bid.

A record 20 cities, counties and regions expressed interest in becoming UK City of Culture 2025, and Derby is one of eight to reach the next stage. The shortlist will be revealed by the Government early next year and the winner announced in the Spring.

Derby’s 11th hour bid united the city and region, with support coming from 100 stakeholders including arts organisations, leading industry, local authorities, artists based within the city and region, people working in the creative industries, and even Derby’s twin city of Toyota in Japan.

Culture is for everyone, regardless of their background and I’m delighted that the bids from our eight longlisted places will help areas across the UK level up by increasing access to culture.

I wish all our successful bids luck in the next phase of the competition. Derby’s bid showed huge promise and I look forward to seeing what they have in store.

I am delighted that we’ve reached this next stage. We put our bid together in a very short space of time and we could not have achieved this without our strong relationship with our cultural partners.

Even before our City of Culture bid, culture was firmly at the heart of our plans for the city’s regeneration and recovery. We’ve seen the benefits that City of Culture status can bring in terms of investment to past holders of the title, like Hull. In Derby, creativity and innovation is what we do, and we’ll use the enthusiasm generated by this bid to drive us forward to the next stage.

We’ve achieved so much in a short space of time, but this is just the beginning. Culture Derby is about more than City of Culture, but our bid has galvanised us and we will continue to build on this, with the incredible strengths of our key cultural partners. The work starts now.

We will be reaching out to audiences and organisations to help design our future programme. As we put our full bid together we will need to make sure we are representing everyone, and giving a voice to people who are often overlooked. None of this can be done without the support of as many people as possible.

Derby has put its rich and vibrant heritage at the centre of its bid to become UK City of Culture 2025. It is the birthplace of the industrial revolution, the site of the world’s first factory, and a leader of the English enlightenment. A city of innovation, today it is home to Rolls-Royce, Bombardier, Toyota and many others.

The city is at its best when it works together, and its bid will unite communities, organisations and businesses. Through city-wide collaboration, effort and focus, Derby’s bid will act as a springboard for culture-led regeneration in the city.

Current plans to embed culture in the heart of Derby’s recovery include the physical regeneration of the city centre, with the delivery of the new 3,500 capacity Becketwell venue and refurbishment of the Victorian Market Hall and Guildhall Theatre.

Derby City Council and the University of Derby are exploring options to relocate Derby Theatre into a new purpose-built building on the site of the former Assembly Rooms, helping to realise the vision of creating a new cultural heart for Derby around the Market Place area.

The City of Culture bid is also about bringing life back to the city centre, by finding new uses for empty shops and creating cultural events to attract visitors, and about using culture as a starting point to improve wellbeing, opportunities and social mobility for its citizens.