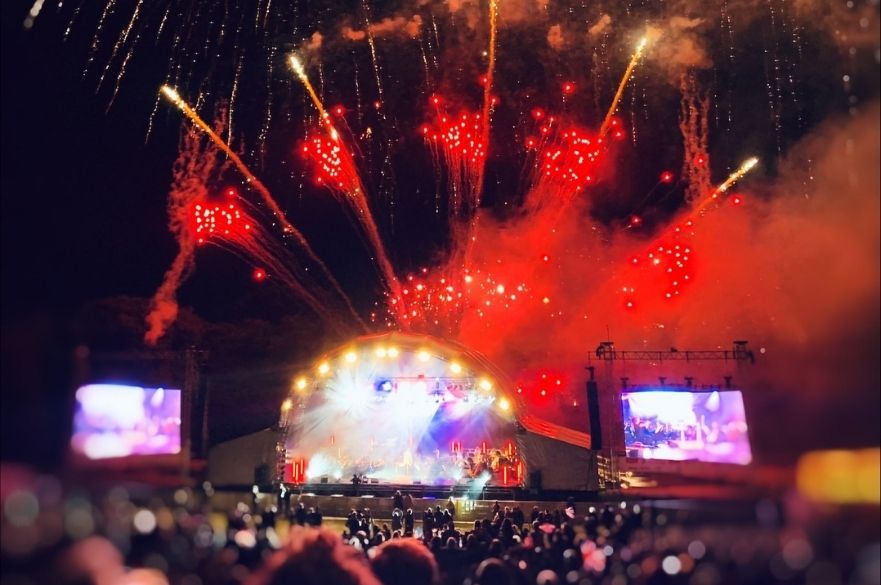 The first Hannells Darley Park Weekender was a resounding success. Classic Ibiza got the party started on Friday 27 August with the finest Balearic beats remixed for a live orchestra, followed by family film showings of Frozen II (U) and Sing-a-longa The Greatest Showman (PG) on the big screen on Saturday 28 August. The grand finale was the return of the much-loved Hannells Darley Park Concert on Sunday 29 August, complete with a thrilling fireworks display.

Derby City Council staged the weekend with partners in the city and region. The weekend was supported by Hannells Estate Agents, the headline sponsor for the Hannells Darley Park Concert. Classic Ibiza and outdoor film screenings were brought to audiences with our media partner, Smooth, and The Hannells Darley Park Concert was also supported by HUUB, Mortgage Advice Bureau, Flint Bishop Solicitors, WDS and media partner, BBC Radio Derby.

“This weekend was all about the city coming together again for our first major event since the pandemic. Music sounds so much better when we can share the experience, and although we must continue to Do the Right Thing for Derby by treating each other with consideration, we also need events like these to support the talented musicians in our region, and for our own wellbeing.”

The new events for the weekend, Classic Ibiza and the family film screenings, brought a new and appreciative crowd to Darley Park for some very different entertainment from the traditional classical concert, paving the way for Derby City Council to consider future events to make the celebrations last the weekend. In all, more than 10,000 tickets were sold across the whole weekend.

Groups of families and friends made a confident return to the natural amphitheatre that is Darley Park to secure the best spot for Sunday’s concert. Crowds were wowed with the spectacular sound of Grammy-nominated orchestra, Sinfonia Viva who treated an audience of more than 8,000 people to music which celebrated 300 years of making in Derby.

Sinfonia Viva, who are supported by Rolls-Royce, put together a programme of stirring classical music to commemorate Derby’s world-leading innovation, marked by the proud reopening of the Museum of Making this Spring. Highlights included Wagner – Spinning Chorus, Coates – Dambusters and of course, Offenbach – Overture To Orpheus for the grand firework finale. The theme from Superman by John Williams was played in tribute to NHS and key workers for all their work during the pandemic.

As in previous years, the stage itself was flanked by two big screens giving everyone a greater view of the orchestra and the chance to appear on them by sharing their photos on social media by using the hastag #darley21. The top of the screens also made a striking platform for launching some of the fireworks at the end.

Tickets for the 2022 Hannells Darley Park Concert are on sale now. The event will take place on Sunday 28 August and are available from derbylive.co.uk or from our Sales and Information Centre on 01332 255880.