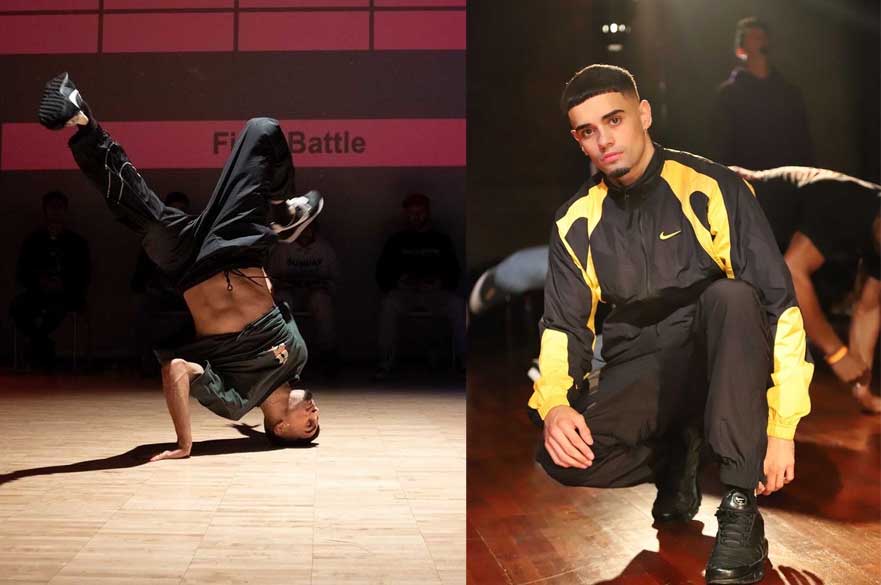 Representing the future of dance, Karam Singh is soon to become a household name. Derby born and bred, his raw talent and hard work has gone global with a major sponsorship deal and world champion already in the bag.

Karam has been literally breaking ground with his dancing, recently crowned world champion, it is said that he is ‘one of the most talented, young B-boys to come out of the United Kingdom in many years.’ With a trophy cabinet filling up fast his sights are now firmly on the Olympics after the announcement that Breakdancing was added to the Games for Paris in 2024.

We took a moment to chat to him about how Derby’s bid for City of Culture 2025 leads to a very bright future for a great city that he calls home.

“The city of Derby has an abundance of amazing cultures; yet sometimes culture and talent goes unnoticed because it’s not always celebrated. Most of the time it goes unseen because of the lack of programs promoting the great young people of the city which leads to a lack of progression on both ends.

As a young person from Derby, growing up there were no programs in place to support myself or the upcoming talented youth. I found my passion within ‘Breakin’ a DanceSport that has recently been included in the Paris 2024 Olympic Games. For Paris 2024, I am a leading candidate to represent Great Britain (Team GB). I have won many major world titles over the 15 years I have been participating in Breakin and I have had many incredible opportunities to work with huge brands and individuals. As of this year, I am the first male breaker worldwide to ever become a Nike Athlete.

Due to a lack of programs within the city, I quickly learnt that progression accelerated much more when travelling. Travelling for training, competitions, workshops and generally just to learn from people and places that were full of culture that was celebrated. This was to major/bigger cities in the UK and also worldwide whenever I had the opportunity to. As an Elite breaker from Derby, I believe that if I didn’t travel to find myself within the culture that I love, I wouldn’t be where I am today.

Locally there is much talent; but because we’re from a small city with limited access to opportunity’s or programs like ‘City of Culture’ people feel like they need to get out to get big. This generally leads to people giving up their passions and talents or people moving away and leaving the city behind. I think this is evident in some of the major success stories/individuals we do have within the city.

Within my art/sport Derby has been the finest place for Young breakers to develop. Trinity Warriors produce masses of talented dancers like myself who have the full capability of achieving the things I have. They have done a lot with a little. However, these individuals can only get to the next step by travelling currently. I can only imagine the possibilities and progression of the youth if we were to have such a program. We can see how the celebration of art, talent and culture helps the city through the new “Imjustderbz” Instagram handle. By celebrating one another and spreading awareness it brings us together. The togetherness of Derby’s talented art & individuals makes us a very powerful city.

If the ‘City of Culture’ does come to Derby, it opens the door for everybody to fulfil their potentials. People will have access to facilities and opportunities they need to make it as artists. It stops us as individuals having to leave the city to excel and find culture and it brings people in to us to celebrate it. Individuals from all over the globe, bringing light to the city and making it a place for us to be proud of!”