All Rise for the Christmas lights switch on 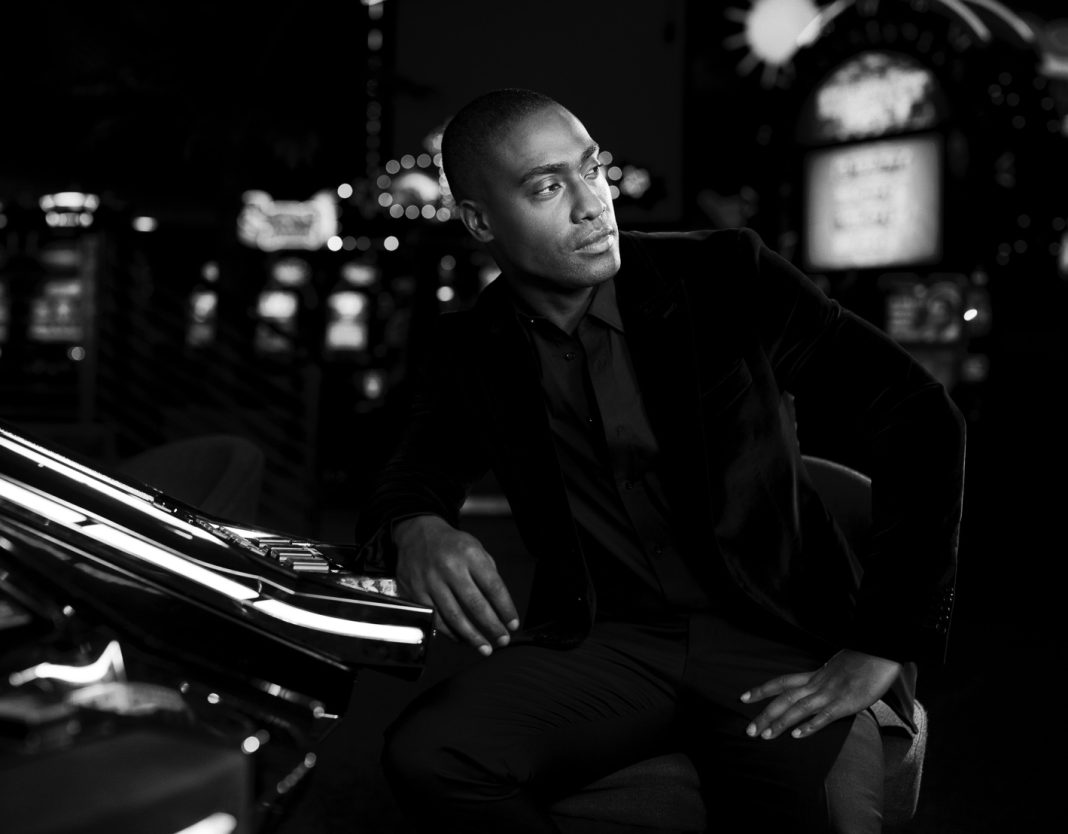 Derby will be dreaming of a Blue Christmas in the best possible way when singer Simon Webbe switches on the city centre Christmas lights on Saturday 13 November.

The singer songwriter, who shot to fame as a member of the British boy band Blue, will perform as the headline act in a spectacular family show outside the Council House in Corporation Street.

Joining him onstage will be Smooth Radio’s breakfast show presenter Gareth Evans, cast members from this year’s Derby Arena pantomime Sleeping Beauty, and some unmissable local acts. The show starts at 3.30pm and ends at 6pm with the Christmas Lights switch on, and a short fireworks display to mark the start of the city’s festive season.

Starting at 4pm, the Derby Season of Light lantern parade organised by Surtal Arts will start from The Spot and weave its way through the city centre, along St Peter’s Street, Cornmarket and through Derby Market Place to the stage. Panto characters will be part of the parade, which will arrive at the stage at approx 4.50pm ready for the party to really get started. Simon Webbe will take to the stage at 5.30pm.

In the early 2000s, Blue sold 16 million albums and topped the charts with hits like All Rise and One Love. As a solo singer songwriter, Simon Webbe has sold over three million albums and is in demand as a DJ at prestigious events up and down the country. He has also acted in films and made his musical theatre debut in Sister Act, performing alongside Whoopi Goldberg, in 2010. He has recently completed his fourth studio album.

Smooth Radio’s Gareth Evans will compère the show, with the station’s relaxing music mix playing between acts. First up on stage at approx 3.35pm is the Invisible Friends Choir, who use their love of music to raise awareness of invisible illnesses. They will be followed by the Cassette Roulette Party Band, who will get toes tapping with old favourites and modern classics.

Next is the Song For Us Collective with their performance of A Song for Derbyshire – Mountains, an uplifting song celebrating the commonality of human beings of all ages and cultures, co-written by Rukus and Zee Musiq. Part of the nationwide A Song for Us project which commissions leading music creators across genres to write new songs inspired by the people of their county, it has been led locally by Baby People. Matteo, Emilly, Jess, Alisha, Sam and Tom will sing about overcoming hardship, fresh starts, diversity, reflections, unity and joyfulness – all in one song.

Derby rap artist Idi Akz takes to the stage at 4.35pm, before the parade arrives. The lantern parade will be made up of adults and children with bright and beautiful lanterns created in workshops led by Surtal Arts as part of their Season of Light season, drawing on the traditional cultural and religious festivals which celebrate light, including Bonfire Night, Eid, Diwali and Christmas.

At the head of the parade will be professional artist Stephanie Sian Coley with her show-stopping lantern sculpture, specially commissioned by Surtal Arts for Derby Season of Light and created at the Museum of Making. Traditional Dhol drummers will sound the parade.

At approx 5pm is Our City of Making, a special dance performance commissioned by Junction Arts and choreographed by Surtal Arts as part of the Season of Light. It brings together two of the city’s oldest diverse communities, Indian and Ukranian, to celebrate Derby as a city of making, combining the folk dance styles of Bhangra and Cossack to create a colourful and high energy performance. Surtal Arts, Naachda Sansaar and Hoverla Dance Ensemble are the performers.

A taste of this year’s pantomime, Sleeping Beauty, is next at approx 5.20pm with everyone’s favourite Dame, Morgan Brind, who plays Nurse Nancy Nightly, and Richard Brindley, who plays Mervin the Magician. Then the stage is set for Simon Webbe to make his appearance, ahead of the grand finale of the lights switch on.

The change of location to a bespoke stage outside the Council House is due to the ongoing programme at the Derby Loves You venue in Derby Market Place. Corporation Street will be closed to traffic from 3pm to 6.30pm, so everyone will have the space to Do the Right Thing for Derby. We would urge members of our audience to treat each other with consideration by social distancing from other groups, and to consider wearing a face covering in busy areas. Christmas may be a time for giving, but if you feel unwell or have any symptoms, please stay at home to avoid sharing them with others.

“We can’t wait to mark the start of the festive season in style at the Christmas Lights switch on event. We’ll have a great outdoor family show for everyone to enjoy, and we’ll be bringing the community together in the way Derby does best. And the new location means everyone will get a better view of the lights when they are switched on.”

“Smooth Radio East Midlands is so proud to be a part of Derby’s Christmas Lights Switch On – it’s great that we can all celebrate the start of the festive season together again. It’s testament to the hard work of the organisers that this event can take place safely.”

“We are really happy to be sponsoring the Christmas lights switch on in Derby this year.  We want to bring back the sparkle and fun into the city centre and we look forward to seeing people enjoying the festive cheer at what is a truly wonderful time of the year.”